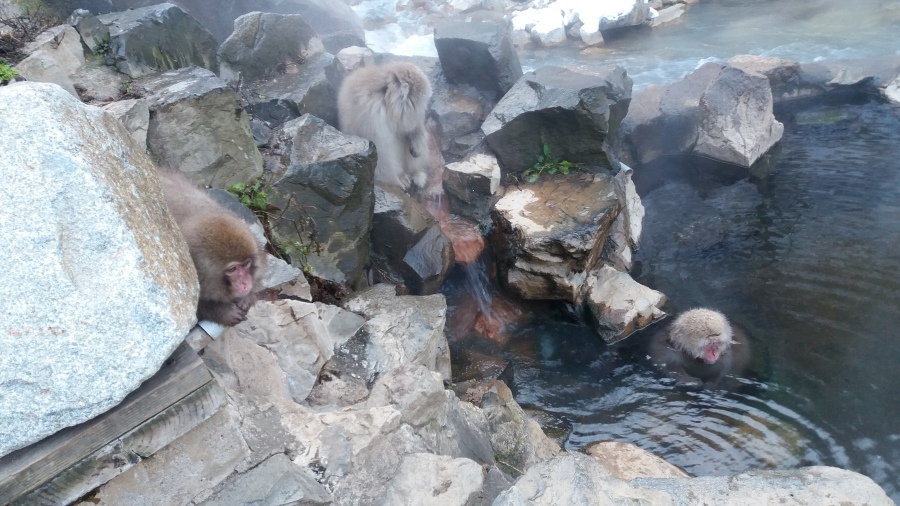 From two years ago when I was part of the support team for the World Scout Jamboree in Japan, I have wanted to visit the Japanese macau that live in the mountains surrounding the onsen villages of Shibu and Yudanaka. This troupe of “snow monkeys” are know for bathing in the hotspring waters during the cold winter months. 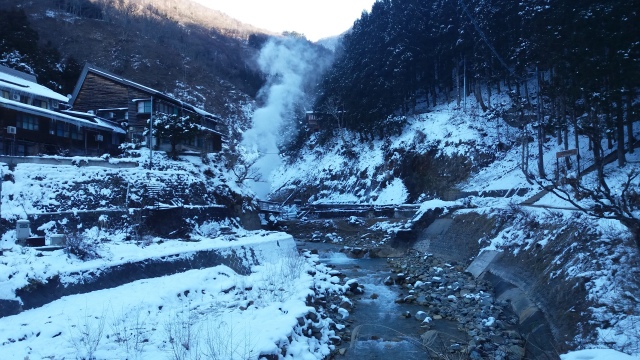 They originally overran the human onsen (public hotspring baths) of a nearby inn, but due to the unsanitary nature of this, a bath was built for them further up the valley in the national park. Since they rarely enter the hotspring in the summer there was little point in me visiting them last time I was in Japan. Hence, the moment I decided that I was going to be visiting Japan in the winter, snow monkeys appeared at the top of my to do list. Even in December, with snow on the ground it is a little too warm for the monkeys to enter the steaming pool in the large numbers one might see further into winter.

Nonetheless I was determined to go and I was most definitely not disappointed. On the advice of Yoshi, one of the superb hostel owners, I caught the 08:20 bus to the snow monkey onsen. This way I hoped to avoid the worst of the crowds but not have to wait ages for the entrance to the snow monkey onsen to open. This worked well for me and I didn’t see a soul for most of the half hour walk through the national park to the entrance. 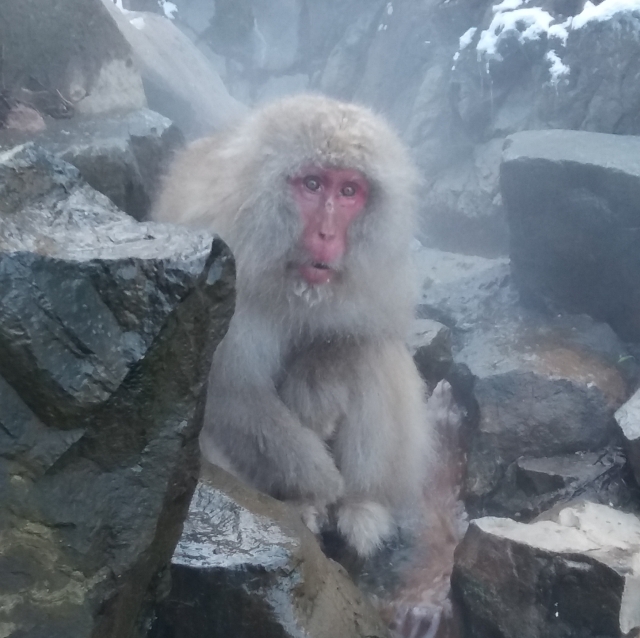 The walk was extremely pleasant and aside from being icy, not at all difficult. The snow laden trees were picturesque and the sound of the river rushing below in the valley provided a natural melody. Occasional gusts of wind carried the scent of sulphur and the cries of monkeys.

Initaially at the monkey onsen, I felt somewhat out of place as the only person using my phone camera; everyone else has at least one large, lens heavy camera. This was eventually remedied as more people began to arrive, but for those first ten minutes or so it was just me and those few camera wielding enthusiasts.

As I had feared would be the case, only a few monkeys entered the pool itself while I was there, but watching them sit around the edge and interact with one another was still a wonderful experience. They were undeniably cute and I was impressed by how little they were disturbed by the number of tourists, though I suppose in reality this was unsurprising.

With the viewing area getting crowded I walked back to the beginning of the forest trail. This time my walk was somewhat louder with a constant stream of people walking in the opposite direction. Reaching the end of the trail, I decided to walk back to my hostel through Shibu and Yudanaka on the advice of Seongmi, the other hostel owner and Yoshi’s wife. This turned out to be a really good idea as the views of the distant snow capped mountains were stunning and my walk took threes times longer than it should have because I kept stopping to admire them.

I also had a bit of fun resting my feet in a public foot onsen and after repacking my bag at the hostel, I walked back to Shibu. This time I walked through the onsen area and collected the stamps of all the public onsen in my notebook and tried some delicious soft boiled eggs that had been cooked in the hotspring water. It was lovely to walk through the winding streets and see the drains streaming where hot water gurgled below.

My final stop before dinner was one of the many onsen. I handed over the voucher I had purchased at the hostel and spent the next hour relaxing in mineral rich water and contemplating my day. The outdoor pool was beautifully designed and I can’t think of a better way to unwind after a day’s walking.

Back at the hostel, I met up with the two skiers I’d had dinner with the night before and we headed out for dumplings, grilled skewers and soba noodles. This was yet another delicious meal and a pleasant conclusion to the day. 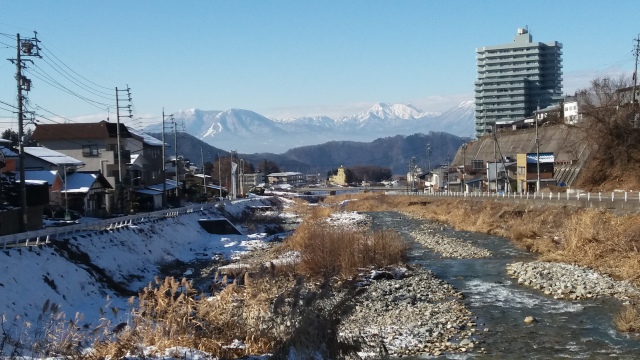 Today I’m travelling down to Kyoto and I will be sad to leave Yudanaka and the Hostel Aibiya behind. The hostel is built in the traditional Japanese style and has a small store showcasing local artists. Both Seogmi and Yoshi were fantastic hosts, full of advice and local knowledge. The breakfast was amazing, especially the granola, and I truly look forward to a day when I might return, be it for hiking in the summer, skiing in the winter or maybe just to try more of the mouthwartering food offered by the nearby restaurants.