Having been in South Africa for just over a week now, I can certainly say that is has been an eventful introduction to volunteer life at Horizon Horseback. It certainly wasn’t a smooth start, my appearance at the lodge was a complete surprise to all the other volunteers. In fact, I think the only people who knew I was arriving was Laura, my boss in the office, and Shane, her husband, who manages everything horse related.

Last Saturday saw me starting work properly. Horizon Horseback recently acquired Cycle Mashatu, an operator that offers cycling safaris in Botswana. And by cycling safaris, I mean cycling around a big five game reserve on your bike looking at elephants and other game, not cycling between game reserves but staying in the safety of a game vehicle within the reserve. Fun. Terrifying but fun. A bit like a rollercoaster. I think I prefer the idea of horses, which go a lot faster when it comes to running away. However, that may just be my Slytherin sense of self-preservation kicking in. Currently most cycle rides are populated with South Africans and it’s Laura’s goal is to branch out onto the international market so my first task was finding cycling and adventure holiday companies that may be interested in selling our tours.

This was surprisingly challenging as most companies turned out to be operators who design and sell their own tours. However, as I got into the swing of things and thought of more and more synonyms for cycling, adventure and holiday it gradually became easier and I was able to hand over a list of companies ready to be contacted.  All the looking at holidays and travel destinations has fuelled my wanderlust tenfold though and I doubt I will ever finish my bucket list now… That tall ship holiday across the Atlantic followed by travelling the entirety of South America sounds like and excellent idea. Perhaps I should start my own travel company like so many of the operators I have been reading about?

A power outage and consequent loss of Wi-Fi saw me writing up guest questionnaires into an Excel spreadsheet, something I continue to do between other tasks. I felt quite smug with my formatting of a pivot table to give guides’ average scores and drop down lists until I saw the spreadsheet Laura has put together for Shwe To Go, a group of local women who make placemats and bowl covers out of fabric covered bottle tops. A spreadsheet that I will eventually be teaching the use of. Thank God for physics degrees and years of analysing lab results in Excel.

Sunday had a minor incident in the form of someone crashing a small four-person helicopter into the lake in front of the lodge. Fortunately, no one was seriously injured and the hippo, while rather upset about the large metal beast in his lake, stayed out of the way while it was removed. It also had the silver lining that I got to replace one of the back-up guides and go out on a ride because everyone was so wiped out from the adrenaline rush. I rode the delightful Cobalt who is an absolute gem. 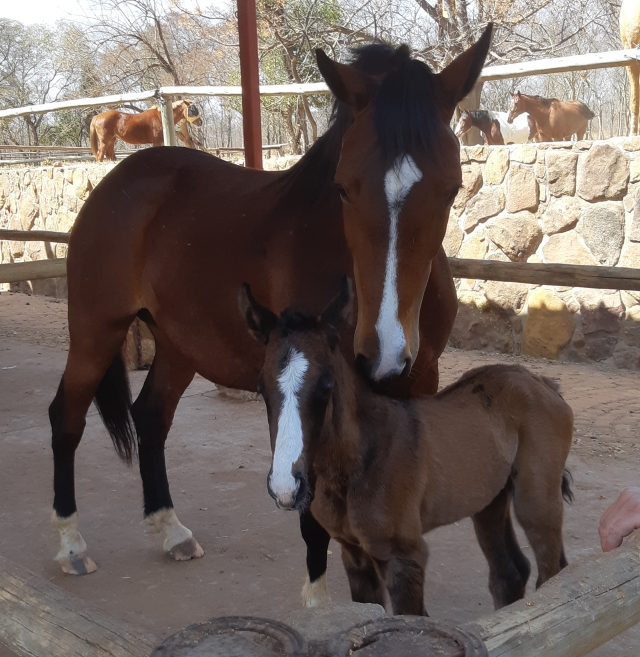 After that excitement, Monday was nice and peaceful with a surprise trip into Vaalwater where I was supposed to be teaching Emmie how to use the Shwe To Go spreadsheet but instead sat working on Laura’s iPad in the bank due to a misbehaving laptop (the best laid plans and all that). This wasn’t so bad as it gave me the chance to write the rest of my job description and a to do list of all the things I could potentially do to help Laura, from polishing Cycle Mashatu’s online presence, to making a Google form version of  the guest questionnaire (I’ll admit this one is mostly just self-serving in the long run; I’m still only halfway through the Botswanan questionnaires, let alone the South African ones).

Tuesday morning saw a distinct lack of horses turn up for breakfast, for once with a valid excuse: the birth of a new (adorable) foal, by a new to the herd mare, Two Delta, (talk about two for the price of one). He’s yet to be named but current volunteer favourites are Potter, Bovril and B-52. I look forward to watching him grow (he’ll be huge if the length of his legs is anything to go by) and may try to take him home in my suitcase if he continues to snuffle my hair so adorably.

The rest of the week has been rather quiet. My main task at the moment is picture hunting and compiling brochures that describe the different accommodations and itineraries that Cycle Mashatu can offer. This is rather enjoyable to my exacting mind and I have been putting Microsoft Publisher through its paces to produce brochures that make even Shalimpo, one of our more “rustic” lodges, look like five-star luxury. Left a bit, right a bit. Let’s proofread for the n-teenth time. Did anyone say INTJ personality type? Otherwise, I’m working through my to do list and fielding tasks as fast as Laura thinks of them.

Rhino’s cooking continues to be as amazing as I remember (including his cookies) and I am volunteering with tacking up horses in the yard in the mornings in the vague hope that it counteracts some of the calories. Perhaps I shall have to take up cycling? I certainly want a bit of off-road cycling practise in case I end up going to look around Cycle Mashatu—those lions are going to be left in the dust.

One thought on “An Eventful Start”