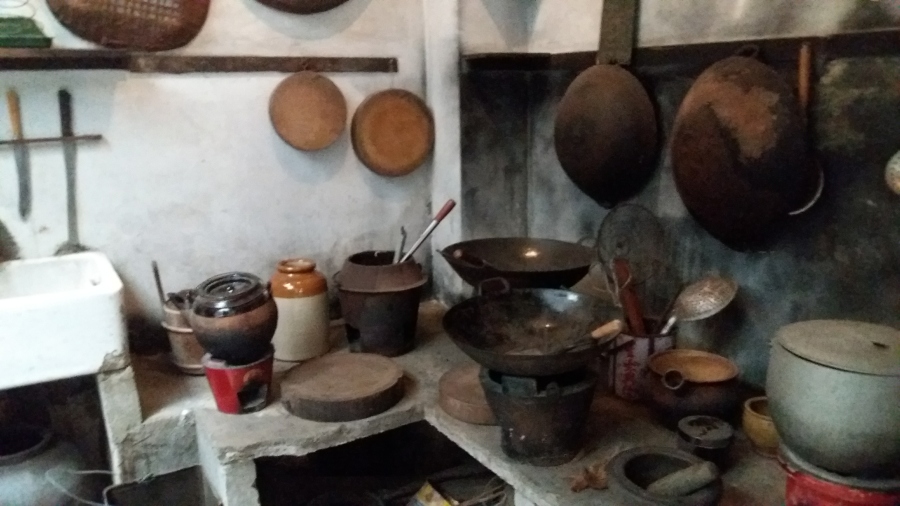 With the conclusion of midterms and completion of assignment left to the last minute due to said midterms, I finally have the opportunity to write about a bit of what I’ve been up to in the past couple of weeks. Since recess week offered the opportunity to revise in a more interesting place than the library, my mother came out to visit me and see a little of Singapore for herself before we spent the week in Thailand.

While I did not spend much time with my mother during the Singapore section of her trip, those cursed midterms interfering again, we did take the opportunity to have a Singaporean breakfast at Keong Saik Bakery and visit the Chinatown Heritage Centre. The iconic toast dipped in half boiled eggs was suitably delicious and I have found the eggs becoming an increasingly regular occurrence in my day to day life. However, I will confess that we steered clear of the sweetened coffee, something I doubt I will ever truly adapt to as a black coffee lover.

From the bakery, we headed over to the Chinatown Heritage Centre which had been recommended to me on several occasion but which I had not been able to find until recently due to having the wrong name. Tickets paid for (S$15 for adults) we collected our multimedia guides and wondered into the Tailor’s Shop. The Heritage Centre consists of three restored shophouses on Pagoda Street that tell the story of what it was like to live in Chinatown in the 1950s as well as give an overview of the life of Singapore’s earliest Chinese settlers.

The first shophouse house been restored to its original 1950s interior. On the ground floor is a tailor’s shop, workshop, living quarters and kitchen. Once I had finished being overly excited about the old fashioned Singer sewing machines and listening to the fractionally too long audio guide, I drifted back to the living quarters that the tailor’s family and apprentices would have inhabited. To me it seemed inconceivable that these two eight by eight foot cubicles, separated only by thin boards were the entirety of the space, especially for the apprentices who would end up sleeping on the floor of the workshop when there too many to fit in the cubicle.

Ascending to the first floor, I was therefore even more shocked to see the tiny kitchen, shower and bucket that was shared by the entire floor. Here were yet more of the tiny living cubicles each inhabited by either a family or, in a cases, groups of workers. Is was fascinating to step back in time to catch a brief glimpse of the room the sandal maker shared with his family or that of the coolies, complete with opium pipes. The dissonance of knowing this shophouse was from the 1950s not the 1850s was undeniably jarring and I am amazed by just how far this once colonial port has come in these brief, intervening years.

The remaining two shophouses delved further back in time, discussing the formation of Chinatown. Hearing the plight of newly arrived Chinese workers and the vices that gripped Chinatown – gambling, opium, and prostitution – was fascinating, particularly the roll secret societies played in organised crime. Talk of death lane was offset by the positivity of a bakery’s success story and the groups that eventually came to counteract the negative impact of Chinatown’s vices and help its residents.

All in all, the Heritage Centre is a must visit, the only downside being the length of some of the audio descriptions left everyone awkwardly standing in one spot and didn’t really offer time to chat. I am extremely happy to have learnt a little more of Singapore’s history and have a newfound appreciation for the size of student accommodation.