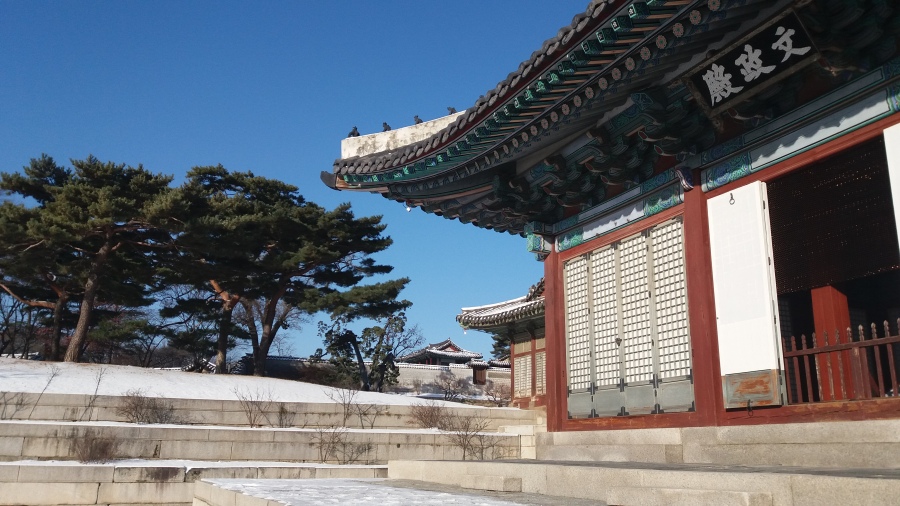 Today was a nonstop day. I hit the ground running and got to Changgyeonggung Palace shortly after it opened. This meant the Palace was almost blissfully deserted. After all, what tourist wants to have other tourists in all their holiday photos? At this point I will admit to feeling a little palaced out, however the grounds were really stunning and it was fascinating to read about the State Council. I also spent a considerable amount of time trying to work out how to read the angbuilgu sundial.

The final palace I visited was Deoksugung Palace. The remaining area of this palace is very small in comparison to some of the others I have visited. What is particularly interesting is the presence of a couple of western style buildings, which are not seen at any of the other palaces. Today’s clear sky meant that the sun was in full winter force and I ended up receiving several very cold drips of snow melt down my neck as the rooftop snow thawed.

My palace adventures over, I got the train to the Seodaemun Prison History Hall. This prison is where the Japanese imprisoned thousands of Korean independence activists during their colonial rule of Korea from 1910 to 1945. To walk through the grounds and read about just some of the appalling treatment and torture of prisoners was chilling. While there was a reasonable amount of English in the main building, there were a couple of areas where everything was in Korean. This was a real shame, but merely walking through the echoing halls with the knowledge that people were crammed together in the surrounding cells, unable to lie down for lack of space is a sobering and deeply moving experience. I think the most heart wrenching story for me was that of a young woman who was pregnant when she was arrested and was forced to give birth and the care for her baby in the prison.

Unwilling to conclude the day on such a depressing note, I made my way to Namsangol Hanok Village. Built to celebrate Seoul’s 600th anniversary as the capital, it contains a buried time capsule and five traditional hanoks relocated from around the city. The hanoks have furnished rooms that one can view and I took the opportunity to rent a hambok and take a few photos of myself around the village. This was very nerve-wrecking and I felt like all eyes were on me, especially when I walked past a tour group and they all stopped talking. In the end I opted for the aggressive eye contact approach, which quickly had people turning away. All those staring contests with my cat have clearly paid off. 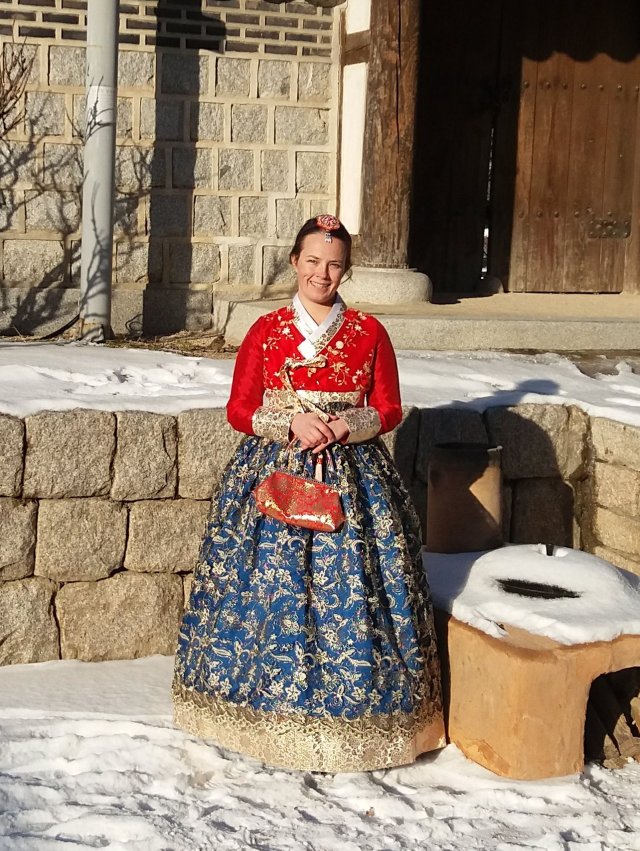 2 thoughts on “From Palaces to Prisons”