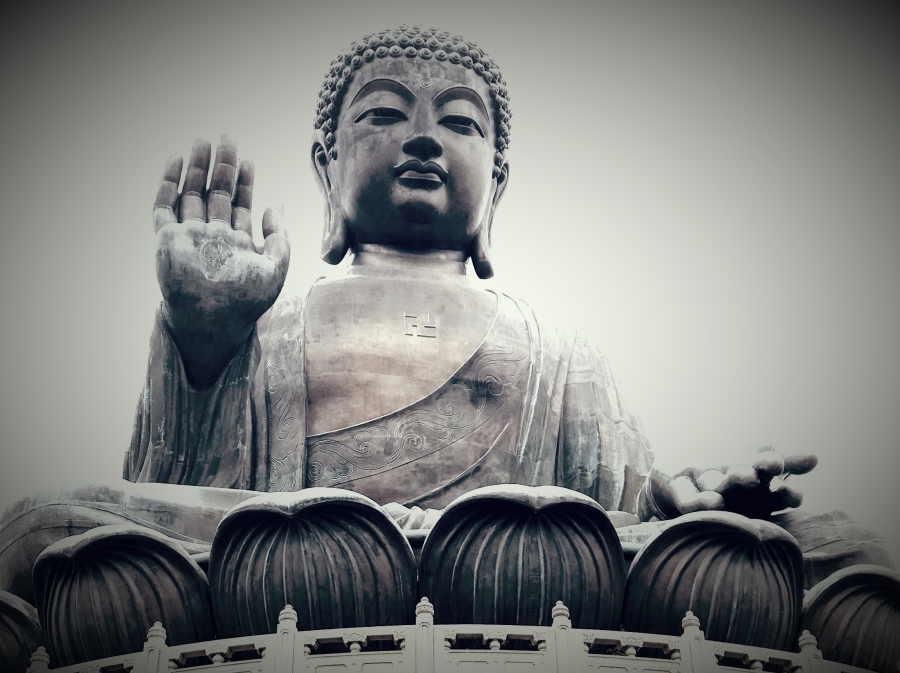 Today saw my last day in Hong Kong and I am sad to be leaving so soon. As I would have to carry my luggage around for the duration of the day, I chose a low impact ride in the cable car up to Ngong Ping Village and the Tian Tan Buddha on Lantau Island. This was also convenient in terms of transport as the Airport is built next to Lantau Island on reclaimed land and so only a short bus ride away. 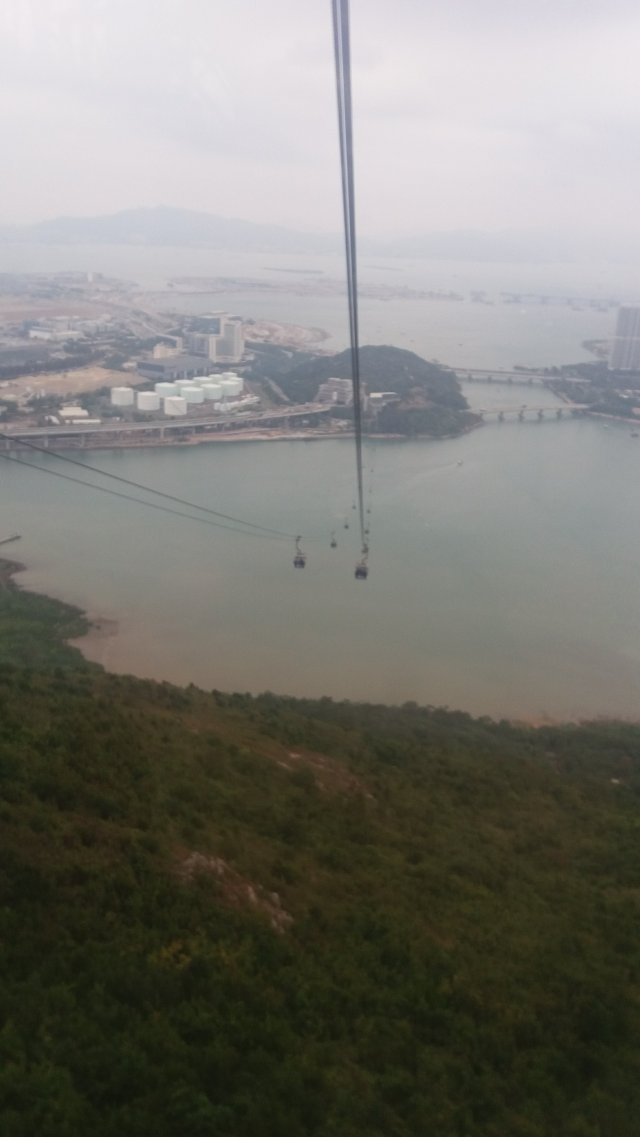 After checking out and a quick visit to the post office, I got the MTR to Tung Chung. Fortunately my book was easily accessible as, despite the looming clouds, every man and his dog seemed to arrive at the same time as me and I had to wait in line for over an hour. This wasn’t so bad with the adventures of Frodo, Merry, Pippin and Sam in the Barrow Downs to keep me company. However, I was a relief to take my backpack off when I finally made it to the cable car. 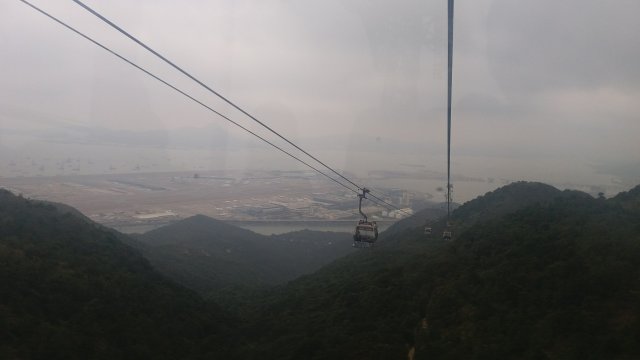 I think I may have been jinxed in terms of ever seeing a good view, with either smog or night blocking the way whenever I ascend to a viewing point. Today was no different, though this time the culprit was slightly different in the form of looming clouds that threatened to open at any moment. Fortunately, the rain held off until I made it to the airport, where I can here it now tapping away a merry tune on the roof.

Despite the mountain mist, the views down valleys and at least a little way out to sea were impressive. My favourite point of the cable car ride was a young boy exclaiming that a cloud wreathed mountain was a volcano about erupt. Disembarking from the cable car, I made my way through Ngong Ping Village, the section of which I saw having a decidedly Disneyland feel to it. Much to my amusement I passed several cows wandering around the main square on my way to the steep climb up to the Big Buddha.

The statue was undeniably impressive, as it should be as the second largest outdoor sitting Buddha. The amount of effort and craftsmanship that went in to casting the 250 metric tons of bronze is astounding. After descending from the statue I enjoyed a vegetarian meal at the Po Lin Monastery and viewed the dazzling hall of ten thousand Buddhas before finally making my way to the airport where I now sit writing this.